A forester’s work goes far beyond trees. They are also trained to recognize, preserve and protect vulnerable species. Rayonier employees explain how protecting the nests of bald eagles is another aspect of sustainable forestry.

Making his way through the forest, he spots an eagle’s nest and immediately snaps into action. He maps the location, sets up barriers to close down a nearby road, and starts marking a protective boundary around it.

It sounds like the work of a wildlife biologist or a park ranger. But this was actually a recent day at work for Rayonier forester Charlie Dunn.

In addition to developing sustainable forestry practices that protect natural ecosystems whilst providing the world with essential timber products, foresters are trained in identifying and protecting vulnerable species.

Even in working forest settings.

One such species is the bald eagle. These once rare and majestic birds are protected under Federal Law and live in forests throughout North America. They also love nesting in tall trees, which makes them a frequent feature in many of Rayonier’s forests.

To learn more about what goes into protecting these species, we talked to two Rayonier foresters with experience in eagle identification and preservation.

Once an endangered species, bald eagles have made a comeback and were removed from the Federal Endangered Species list on June 28, 2007. However, they are still protected under the Bald and Golden Eagle Protection Act and other federal laws.

Charlie, whose official title is resource land manager, explains: “We follow the National Guidelines for Bald Eagles and there are two different buffer zones, one for nesting season and one for non-nesting season.”

And since bald eagles typically return to their same nesting sites for life, their nests remain permanent, undisturbed features in our forests.

Per Ben Cazell, Rayonier’s Manager of Sustainable Forestry: “Even if you’ve found a nest and you haven’t witnessed activity in it, that’s a no-go zone. So that area will always be protected unless the tree naturally falls.”

Part of Ben’s job is to visit various forests throughout the country to ensure foresters are well-versed and equipped to identify and protect vulnerable species like the bald eagle.

Ben and Charlie shared some more interesting facts about bald eagle nesting habits and what’s required to protect them.

The Nesting Habits of Bald Eagles And How Foresters Protect Them

Where do eagles typically nest?

“Eagles typically place their nests where they can feed, so often near water sources,” Charlie explains. “The nests are usually in live tall trees and on the edge of a swamp, so they have a good view of the land. But usually, they stand out like a sore thumb. Once you’ve seen one they’re pretty easy to spot.”

Ben adds that eagles’ nests are about four to six feet wide, about the size of a large desk.

According to the National Eagle Center, the largest bald eagle nest on record was found in St. Petersburg, Florida, and was 9.5 feet in diameter, 20 feet deep and weighed almost 3 tons!

Eagles’ nests are made up of intertwined twigs and branches and lined with grass, corn stalks and other materials. They fill the bowl with soft materials like moss, which can also repel insects, and their own downy feathers.

Their nest building season, which is part of the breeding season, varies a bit based on the region, beginning in November and December in southern areas and extending roughly through May.

“During the active nesting time, there are circles or buffer zones required around the eagle’s nest. So, during nesting season there is to be no activity within 660 feet, then it reduces to 330 feet during inactive nesting times,” Ben says. “For any aerial work, you can’t be within 1000 feet.”

What exactly does “no activity mean?” There can be no clear cutting, spraying, or mechanized active forest management within the designated buffer zone. This ensures the eagles aren’t stressed during their breeding or non-breeding seasons.

Ben says even if a harvest was taking place well outside the range, the vehicle delivering the load of logs could not drive in the range. The harvest plan would have to incorporate a forest road outside the eagle’s buffer area.

Once an eagle establishes a nest, they are likely to return to that same location year after year, especially if they hatch young successfully. They may also build additional nests or decoy nests, so if one nest is spotted, one or several more nests may be nearby.

“The first thing that happens when we see a nest is we incorporate the location within our GIS map layers,” Ben says. “Then, we look at our activities around the area to make sure we’re not interfering with the national guidelines for bald eagles.”

Technology has made this job much easier for foresters by allowing everyone to communicate on their nest location.

Charlie explains the exact process he used to alert everyone to the nest he found in one of our North Florida forests: “On our phones we have the Collector App and it has our whole GIS layers of information for Rayonier. When we’re out in the woods and find something unique, we can drop a pin on the phone and submit it and everyone in Rayonier can see that point. Then our GIS specialists can help get those things more permanent in the system.”

Once the nest is identified, it will be protected for the duration of the tree’s life.

More On Our Holistic Approach To Protecting Endangered And Vulnerable Species

Rayonier has systems set up to ensure foresters are aware of and able to protect a variety of threatened and vulnerable species, including bald eagles, that have the potential to be in our forests.

If someone sees something, for example a red-cockaded woodpecker, they will place a pin on Rayonier’s mapping system to alert anyone else who is in that forest about the sighting.

But even if a vulnerable species isn’t seen on a property, foresters are trained to keep a lookout for the species and its habitat. They use state data as well as a service called NatureServe, which details information about the species, food sources, habitat, mating activity, etc.

Whenever activity is going to take place on a site, such as a harvest, the forester will look for signs of the species and its habitat.

“Then the next step would be to tell our contractors, we have a handout for them — so if they see them, they know to back off and call us. So, we do due diligence on paper, field review and educate our contractors.”

Ben added that some protected species are specific to the state in terms of how threatened they are and what’s required to protect them.

“It’s really an integrated approach to make sure we protect habitat, and certainly if we encounter a species we do what’s appropriate based on the management plans, which are species specific. With the Red Hills salamander in Alabama, we can’t do any harvesting in their habitat, but with bald eagles we can work around them based on the season.”

“Our foresters who are making decisions in the woods are empowered with that information. And if there’s any confusion, that’s where I fall in,” Ben says. “I was just working with a forester planning an active timber harvest where the usual haul road would have passed within a 660 foot buffer zone of an active eagle’s nest. So, we looked at the map and found some old trails that weren’t in the buffer zone and decided to re-route our haul road activities using the identified trails to avoid disturbing the nest site.

“We do our due diligence and then implement what is acceptable based on the rules, regulations and our internal procedures.”

Being Good Stewards Of The Land

Yes, foresters and sustainable forestry companies protect endangered and vulnerable species because it’s the law. But we also do it because we love and care about wildlife.

Charlie put it best: “A lot of people don’t realize that we do other things besides just cut timber and plant trees. We do manage our species if they’re vulnerable and make sure they’re viable in the future. We have to, first of all, but we do it because we want to as well. To make sure those species are there for our future generations of kids and grandkids to see.”

More proof that foresters truly are the original environmentalists. 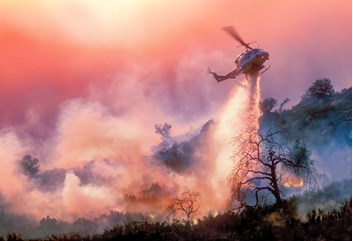 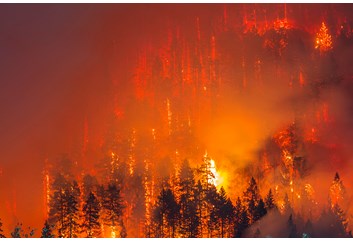